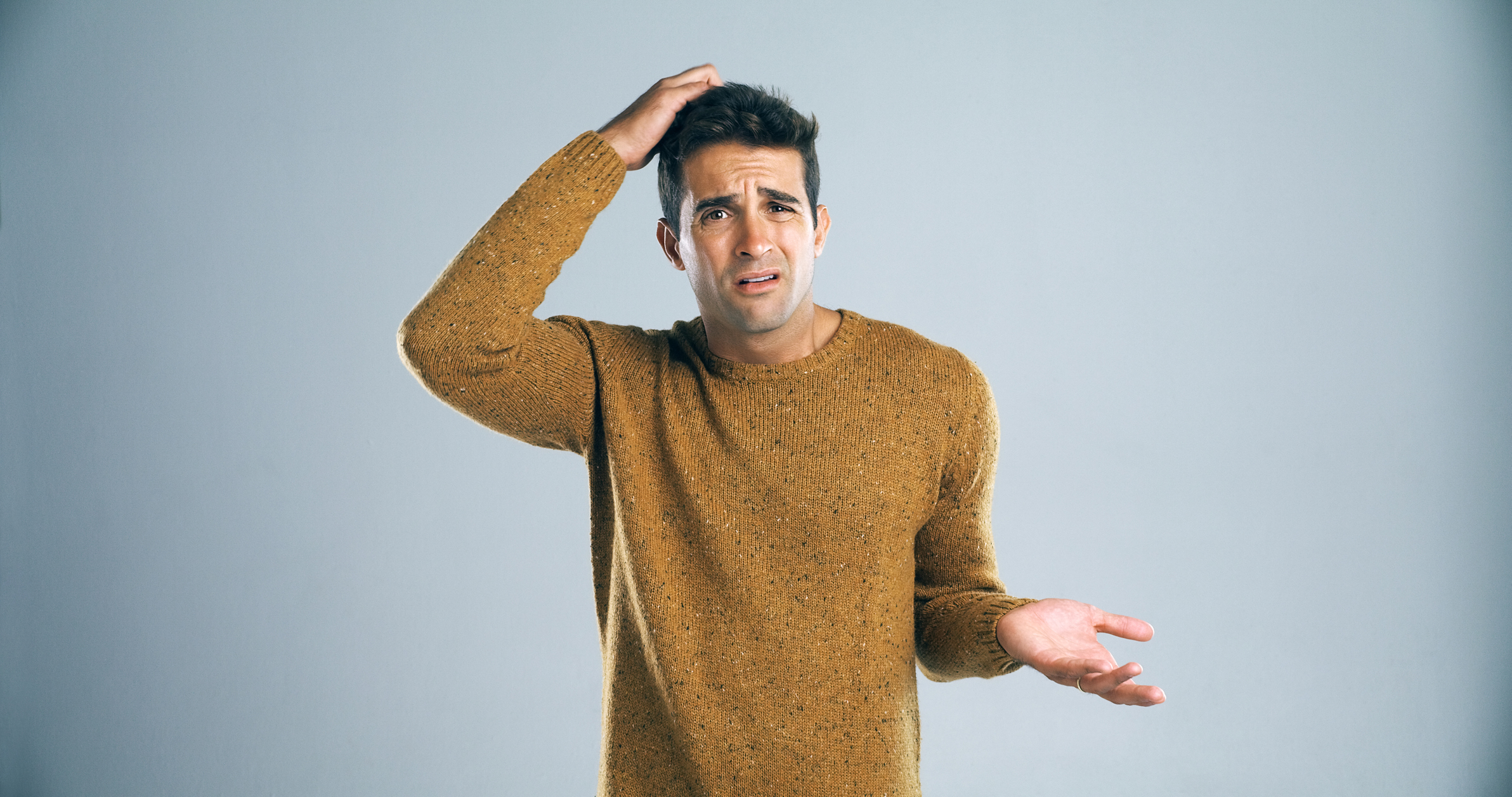 According to the website “164andmore.com,” the word God appears 315 times in the Big Book and 12 and 12. The concept of God was essential to AA at its founding and continues to be the bedrock for many long-time sober members of Alcoholics Annonymous. Do you need God to get sober?

I remember in an early meeting as a newcomer, an old-timer, standing at the podium, said, “If you want to get sober, give up your BS and find God. Which, by the way, you ain’t!”

Crusty old-timers who got sober in the days when organized religion was having its heyday in the USA could say that. God was a given. The “god concept” is widely accepted and understood within AA membership. This broad acceptance is further strengthened as nearly everyone coming into AA in the ’40s, ’50s, and ’60s had a religious affiliation to draw upon.

Today the opposite is the case. According to The Atlantic, “unaffiliated” has grown from 5 to 25% in the years 1972-2015. And within young people, according to the same article, between 18-29, the “unaffiliated” ranks near 40%.

Concurrent with this decline in religious affiliation in general (and Christianity in particular) has been a rise in both agnosticism and atheism, according to Pew Research. Some young newcomers attending AA for the first time earnestly seeking Recovery might be a bit confused by all the god talk – both in the big book and meetings. They might wonder, quite sincerely, “What are they talking about?”

AA remains steadfast in most of its traditions. Nearly every meeting begins with, “There is one who has all power. That one is God. May you find Him now!” Stong stuff! Many non-believers may wonder if they have stepped into a church or cult of some kind. “Isn’t this supposed to be recovery? Moving then to the Big Book, the new member comes against the 150+  aforementioned direct mentions of God or references to “Higher Power” or “Power Greater than Yourself.” Both are pretty obvious euphemism for God.

So then, what should these non-believers do? Must they “Find Him now,” or get out? The answer here is in fact, more or less.

What typically happens is the non-believer is directed to the chapter, “We Agnostics.” Unfortunately, this chapter is less about respecting and embracing disbelief than it is converting them to a believer. “Actually we were fooling ourselves, for deep down in every man, woman, and child is the fundamental idea of God.” That’s a quote from the chapter you’ll hear repeated in many meetings. In other words, your disbelief is a weakness. This lack of respect is what I call the AA version of “you can’t handle the truth!”

But, people without belief do get sponsors, work the steps, and live sober – agnosticism or atheism intact. Often they are told by their godless sponsors to “work around the God-talk in the books or meetings.” And, “practice acceptance toward the zealous believers.” Developing a bit more tolerance toward people with other viewpoints than theirs won’t hurt them.

Can’t Have it Both Ways

The truth is this growing godless-form-of-AA goes against the program’s very deeply religious origins. Read the history, as in “Not God” by Ernest Kurtz, and you’ll find holy rollers. So, telling people to ignore or modify what is a reasonably sacrosanct AA concept – finding God for Recovery – smacks of dishonesty. Worse, from the early days of AA it is pure hypocrisy to get sober without God.

Other developments in Recovery in the past two decades make the God business even more vexing.

First, there is the growth of more overtly religious programs like Celebrate Recovery. Begun in 1991 at Rick Warren’s Saddleback Church in California, Celebrate Recovery, according to its website, is active in 35,000 churches. Celebrate Recovery has had over five million people attend their step study. With those numbers hard to deny the appeal of a more religious approach to the AA recovery. I think there is a real appeal for someone who is areligious learning the basics of alcoholism and faith concurrently. The sort of go together.

The second significant development has been the growth in recovery models and methodologies other than AA. Rehabs and therapists specializing in addiction and recovery is big business. The long-established “complete and total abstinence” model that AA is known for has been modified. The medical profession has created Alcohol Use Disorder (AUD) to talk about alcoholism. Treatments for addiction often include pharmaceuticals and regular therapy.  Outcomes have been recalibrated to include relapse or moderate/infrequent use of alcohol. The “spiritual angle” to recovery that made Bill and Bob’s solution to alcoholism innovative in the first place has been partially thrown out the window.

So, AA is at an odd crossroads. While no official tracking of AA attendance and membership are kept, most agree that attendance has been trending down in the past decade. AA is still is strong with an estimated 1.5-2 million members in the US.  But, if AA wants to appeal to those heading off to rehab, the shrink, or Celebrate Recovery, something needs to change.

AA  going back to the early days can become more religious in tone and maybe keep some of the Celebrate Recovery defectors. But if they do that, they will lose even more of the less religious-oriented to rehabs, therapists, and the no program option. Either way, the downward trend persists. That’s what we call a conundrum.

But change is difficult for AA. The 12 Tradition are purposefully restrictive. Many older members have an “it ain’t broke, don’t fix it” orientation.

And here is the most brutal truth: as effective as AA may be at best it’s 10-20% effective over the long term. If I went to a surgeon who gave me those odds, I’d look for another doctor.

But AA is odd this way. It’s long time members are pretty self-assured with their program’s application and correctness being 100% effective for them. “We got a tool that will fit any nut!” Well, news flash with 80% not finding recovery, might be time for a revised tool.

I’m optimistic that the recent resurgence of interest in AA (via Zoom and the lockdown) may promote more dialog and faster change. Already new “virtual fellowships” are beginning to emerge having to figure out how to apply AA to a new medium.  Much of this had to be done immediately. There are now “Zoom babies” who got sober during the pandemic but never attended a live AA meeting.

In addition, Zoom meetings can bring together very diverse or liked-minded groups globally. The Zoom platform also has the capacity for instant feedback (through polls) that can make the “group conscience” immediate and more frequent. No telling where this can take AA.

So, hopefully, this technology will foment an appetite for quick, iterative, adjustments, to AA in ways that help more get sober that is real and honest.

Dishonesty and hypocrisy are not the best building blocks for something lasting.

So, Do You Need God to Get and Stay Sober?

I guess it depends.

Predisposed to believe in God? You most likely need God to get and stay sober. Look for those people. Predisposed toward disbelief, atheism, or agnosticism, then you probably don’t need God. Look for those people they are around. Regardless, where you sit, I most likely don’t need to tell you what you should believe to stay sober. That, very clearly, is fully up to you.

A core tenant (some would even describe as a requirement) of the AA program is “finding a power greater than yourself.” Not only is this idea explicitly called out in the second step, “Came to believe that a Power greater than ourselves could restore us to sanity,” but, is also implicitly referenced throughout the Big…